- June 14, 2022
Eco-Mania was an economics fest organized by the Department of Arts, CHRIST College, Pune, in association with CHRIST (Deemed to be University), Pune Lavasa Campus on 8th June 2022. The event was organized with the primary objective of interacting and providing exposure to the students of CHRIST College, Pune. All the events were economics domain-based and enhanced students' theoretical and practical approach more creatively and entertainingly. A team of 11 students and two professors from the Department of Data Science, CHRIST (Deemed to be University), Pune Lavasa Campus, went to Pune to organize the whole event for the undergraduate students. The series of events is as follows: 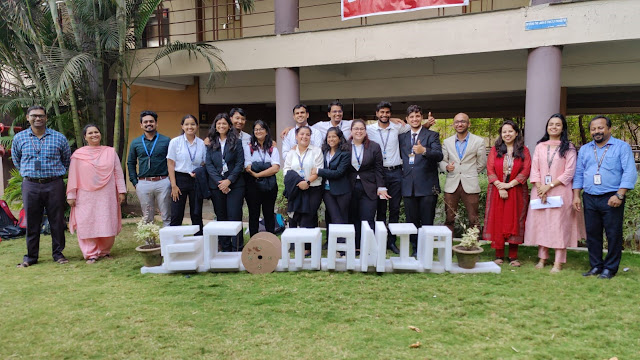 Talk It Out was a speaking event with various events like Just a Minute, Pitch Proposal, Debate & Shipwreck. For the first event, we had JUST A MINUTE (JAM), where each person got an economic-related topic and spoke about it for one minute. The second event was Shipwreck, where one participant from each team was called up on stage together. The participants were given characters and were assumed to be stuck on a sinking ship hypothetically. Situations were given to the participants, and to escape from the sinking ship, they had to convince the jury by using their impressive, convincing skills to prove that they deserved the only Life-jacket. The third event was Pitch Proposal, where each team was given one hour to plan a business proposal which was supposed to be relevant to the green economy, and they had to pitch that idea to the jury of investors. The best idea won the round. The final event during this session was the debate. A team of two people were chosen from each house, and they had to go against the other house till one was knocked out. It was an exciting and interactive session. 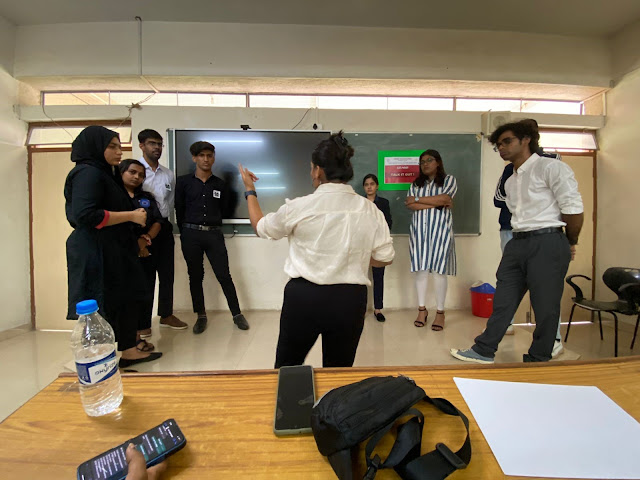 Creative writing, traditional handmade poster making, digital poster making, show & tell, and Pictionary were all part of the Arthakari event. The event began with creative writing and the making of posters. They were given the topic "Does the invisible hand really exist in today's world?" and had an hour to write between 800-1000 words. Parallel to the creative writing ran the poster-making competition. The theme for digital posters was 'Inflation Crisis', while the theme for handmade posters was 'Capitalism'. Following that, we began our show and tell session, where participants picked a chit from a bowl before speaking for two minutes, during which students came up with fantastic theories and economics to back them up. The Pictionary round was the final round, and it was split into two rounds. The first round had one person from each house come up to the board and draw the word that was given to them, and the team had to look at the drawing and guess what the word was. The last round of Pictionary was all about pictures, with each house being shown an image or collection of photographs and having to guess what the word was. The events were all economic-based.

Economica, the quiz event conducted in the seminar hall, was an event filled with enthusiasm and vigour. The quiz tested the four houses; the Keynesians, the Marshallians, the Ricardians and the Smithians. The quiz commenced in four rounds, and the participants were awarded points based on their knowledge and how fast they could answer. The first round was a Kahoot quiz. There were basic questions on micro and macroeconomics, and the teams had to answer the questions in 30 seconds as fast as possible. The second round was 'guess the picture', where the teams were given graphs and famous economists to recognize. The third round, 'Guess the definer', had definitions or statements said by prominent economists, and the participants had to answer. The last and final round was a buzzer round, and the team answering the fastest was awarded the most points. Overall it was a knowledge-enriching experience as the participants were explained the economic concept behind every question. 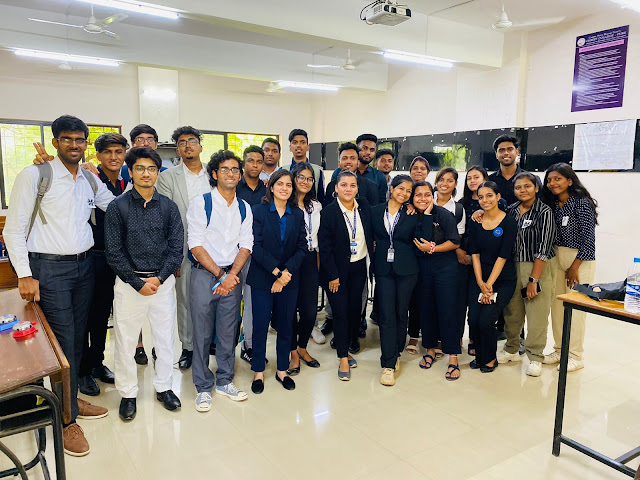 Counter strike event was filled with nerve-wracking, mind-bending challenges at every turn. The flagship event conducted on the second half of the fun-filled "Eco-Mania" held in CHRIST College, Pune, was nothing short of enjoyment and mind games. The aim was to capture 'Goodwin Island' with a given set of resources, and the team (country) with the most soldiers on the Island was declared the winner. Participants were expected to form a budget, appoint a head and communicate with the coordinator while also cautiously calculating the resources they were consuming and contemplating at which point a trade was required. Countries were required to devise a plan. A disaster was thrown at them at each bout, and they were expected to manage it. One of the rounds included an Earthquake, and these countries had to navigate through the crisis.
The first three events ran parallel and were completed before lunch break at 12:30 PM. The counterstrike was the main jaw-dropping event that commenced post-lunch and continued till 3:30 PM.
The valedictory ceremony began at 3:45 PM, and the director of CHRIST College, Pune, handed over the certificates and medals to all the winners and awarded Prof Akhil Nair and Prof. Shine Raju Kappil were also presented with a memento as a token of gratitude. The students from CHRIST (Deemed to be University), Pune Lavasa Campus, was also awarded a certificate of appreciation for their hard work. Thus bringing a successful end to the eventful day. 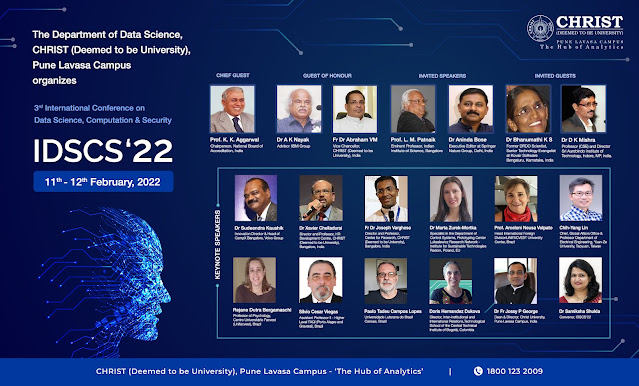